With the 4th of July approaching, there is nothing more patriotic than America and baseball. To show their thanks and appreciation for serving and protecting the Lake Zurich community, the 10U LZBSA Cougars team invited LZ Fire Lieutenant Pat Rainey and LZ Police Sergeant Brad Hoops to throw out the ceremonial first pitch on June 28th at Staples Park Ten police officers and firefighters were on hand to be honored before the game. The ceremony was concluded by a trumpet rendition of the National Anthem played by LZ high school freshman Dominic Mazzuca and Middle School North 8th grader Ava Malin. 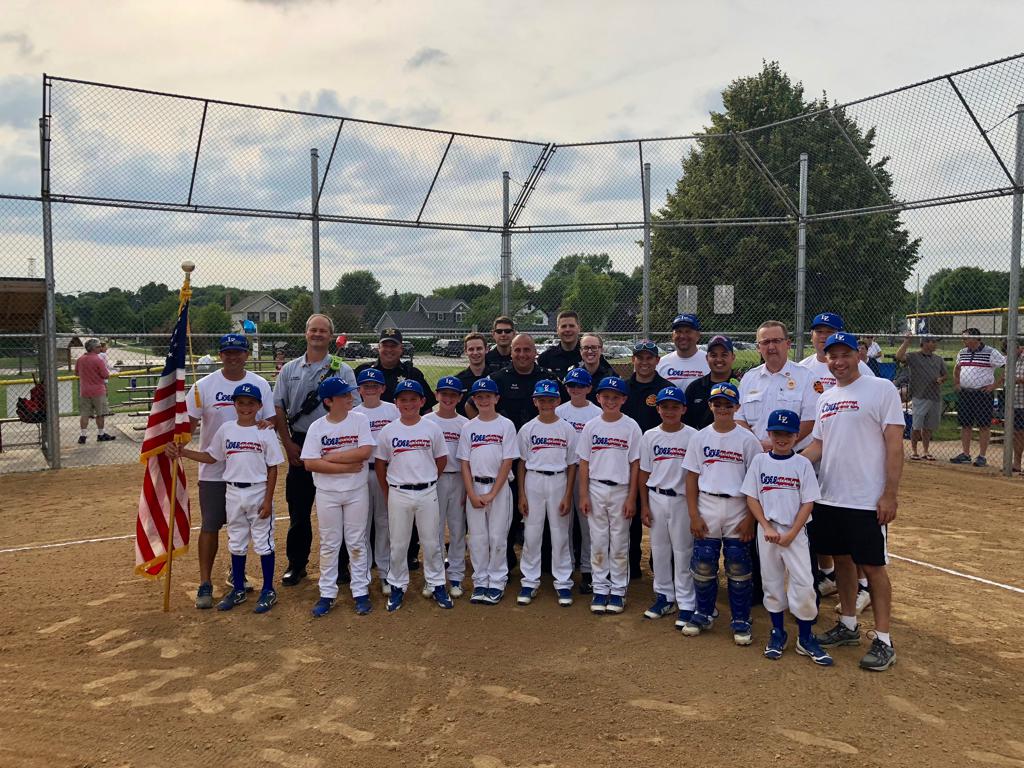