This program was created as an alternate to Full-Time Travel baseball yet more competitive than the LZBSA House League, for players in the U8, U9, U10, U12 and U14 age ranges and it has proven to be the key to successful early skill development. The goal of the Grizzlies Program is to help teach young players the fundamentals of fielding, hitting and overall game of baseball in an environment that is conducive to learning. The season begins in February with indoor practices, outside practices typically begin in March/April and will overlap of the house league and typically finishes in late July. (Most tournaments take place in June and July). Tryouts take place in the Fall in September.

The Grizzlies also participate in the N60 or Northern Illinois All-Star League which is made up of teams from surrounding communities. Player can expect to play an additional 3-6 games within the N60 League. Depending on the age of your child, the Grizzlies will also play in 1-4 tournaments in the surrounding area (no more than 50 miles). This provides a fun and competitive extension to the house lease season. All home games are played on Lake Zurich Baseball fields (Staples, Lions etc..) 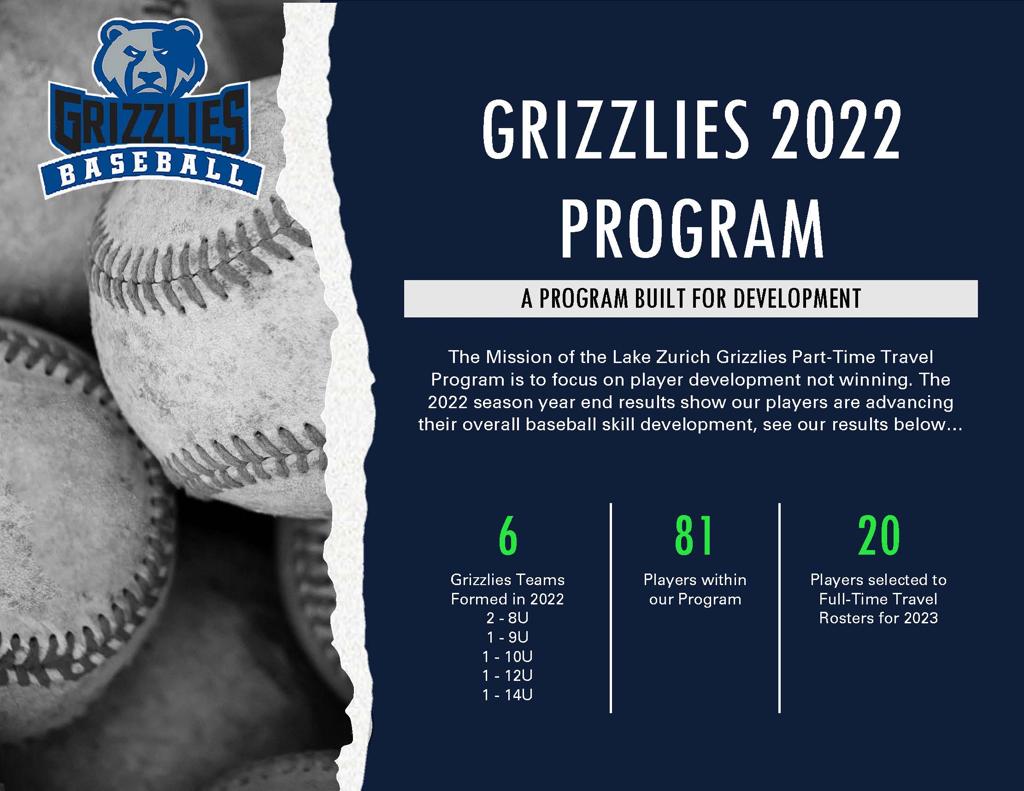 Grizzlies Team Tryouts will take place on Saturday August 13th at Staples Park. Please find your age division below for your tryout time.

To register for the 2023 Grizzlies Tryouts please CLICK HERE.

Indoor cost is only an estimate. Practices are at coach’s discretion and could differ from age group. This estimate is based on 1 practice per week starting in February and ending at the end of April.